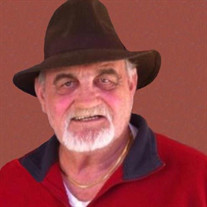 Benjamin “Bro” Logan Tupelo- Benjamin Bowling Logan departed this life on Sunday, February 7, 2021, at the North Mississippi Medical Center from congestive heart failure. Known to everyone as “Bro”, he was born in Tippah County, Mississippi, on August 10, 1944, to Barney Bascom Logan and Vessie Wiley Thomas Logan. He graduated from Itawamba Agriculture High School where he lettered in basketball and football. He attended Itawamba Junior College until entering the work force where he worked as a route salesman for Tom’s Peanuts and later as an auto glass installer and shop manager for Capital Auto Glass, Weathers and Body Shop Supply in Tupelo. He sold snacks and installed windshields all over North Mississippi. He was retired at the time of his death. He was a Baptist, and a former member of First Baptist Church of Tupelo and Belden Baptist Church. He was an active and fifty-year Mason, serving twice as master of Tupelo Lodge 318, and invested with the rank and designation of 32nd KCCH in Scottish Rite Masonry. He was a Shriner. He taught countless Masonic candidates and conferred numerous degrees. An avid griller, he was a long time member of the Tupelo Hog Roasters. His Tigrett grill never ceased to have smoke coming out of it, and he taught several generations of family and friends how to barbecue. He is most certainly cooking up a batch of “yellow chicken” and ribs with his family and friends who have gone before him. He worked hard but also took the time to live life to its fullest. He loved his family and loved his many friends as if they were family, and we all loved him back. Everybody he knew has a “Bro” story or some expression (“Bro-isms”) of his to remember. He rarely met a stranger, and what few he did, he was able to connect them with someone he knew within two degrees of separation. And he loved Ole Miss. He is survived by his wife, Sheila “Bro’s Rose” Logan; his three sons, Jacob Thomas Logan (Sara) of Saltillo, Joshua Benjamin Logan (Kristin) of Sherman, and Benjamin Mel Logan of Sherman (Jackie and his mother Joyce); his grandchildren, Ivey Jane Logan, Joshua Grae Logan, Ava Ann Logan and Benjamin Cossitt Logan (Alex and his mother Karen); his brother Robert Logan (Helen) of Dorsey, his sister Jonnie Rivas of Santa Clara, CA and his sister Ann Disher (Chuck) of Tupelo; his brothers-in-law Tim Ray (Glenna) and Rick Ray of Fayetteville, Arkansas; his nieces Debi Klem and Mary Joyce Miguelgorry; his nephew Rob Logan (Joy); his grand-nieces, Melanie Klem and Maria Miguelgorry and; his grand-nephews, Chris Miguelgorry, Wyatt Logan and Tad Logan. He was preceded in death by his parents; his brother Thomas Tate Logan; and brother-in-law, Marty Rivas. Visitation will be 4 until 8 p.m. Tuesday, February 9, 2021 at W.E. Pegues, Tupelo. Services honoring Bro’s life will be 1 p.m. Wednesday, February 10, 2021 at the Jefferson Street Chapel of W. E. Pegues. The service will be live streamed and recorded for those who may not be able to attend at www.peguesfuneralhome.com. Pallbearers will be his grown men “baby boys”, Jacob Thomas Logan, Joshua Benjamin Logan, Benjamin Mel Logan and Benjamin Cossitt Logan. Honorary pallbearers will be Reggie Gardner and all of his beloved friends. He would not want any of these left out. Memorials may be made to the Shriners Hospital for Children, Attn: Office of Development, 2900 N. Rocky Point Dr., Tampa, FL 33607. Expressions of sympathy and fond memories may be left at www.peguesfuneralhome.com.

The family of Benjamin Logan created this Life Tributes page to make it easy to share your memories.

Send flowers to the Logan family.