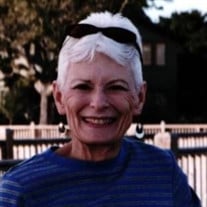 On Saturday, April 24, 2021 I, Barbara Moreland Hamilton, made my transition to whatever lies beyond. I was born on January 11, 1940 in Beaumont, Texas, To Dewey and Mildred Sorrell Moreland. We eventually moved to Memphis, Tennessee where my two wonderful sisters were born. In 1953, we moved to Tupelo where I graduated from Tupelo High School in 1958. After two years at Itawamba Junior College (now ICC) and working for a year, Billy Helmo Hannaford and I were married and moved to Massachusetts to work on the Polaris Missile Program at General Electric. Billy and I lived in Honolulu, Hawaii for several years where I attended the University of Hawaii, studying pattern making and fashion merchandising. We then moved to Southern California. In 1974, I went to work at Hang Ten Sportswear Manufacturers as a pattern maker. From there I went to work at Ocean Pacific Sunwear (OP) as a pattern maker and merchandising assistant. In 1984 I married Donald Hamilton, Vice President of Manufacturing at OP Sportswear. We moved to London, England to get OP Sportswear started in Europe. After several years in Newport Beach, California, we moved to the country of Panama in order to get OP started in Central America. In 1990 we moved to Naples, Florida and Don started his own garment manufacturing company in Guatemala and Jamaica. I made frequent trips to both countries in addition to maintaining our home in Naples. In 1998 Don and I moved to Dhaka, Bangladesh, where Don ran a large new garment factory and I did some product merchandising. In 2005 Don and I moved to Tupelo to be close to family. I was blessed to have the best family in the world. Since Don passed away in 2009, I have been making children’s clothes and quilts, ballroom dancing, and competitive race walking. I was preceded in death by my parents; one sister, Joyce Moreland Davis; and both husbands. I am survived by my wonderful sister, Marsha Lynn Cole (Ken); brother-in-law, Charles “Buddy” Davis; nieces, nephews, and great-nieces; step-daughters, Stephanie Young (Jay), and Donna Cowan of Colchester, England; step-grandchildren, Taylor and Madison Young, Cameron and Hayden Cowan, all of Colchester, England. My family and friends will celebrate my life with a time of Visitation from 11 a.m. until 1 p.m. Thursday, April 29, 2021 at W.E. Pegues, Tupelo. W. E. Pegues Funeral Directors has been entrusted with the arrangements. Special thanks to the North Mississippi Medical Center Hospice who provided me such good care, especially, Nurse Laura. In lieu of flowers, donations may be made to the Salvation Army, PO Box 706, Tupelo, MS 38802; S.A.F.E. www.safeshelter.net; or the Tupelo Children’s Mansion, wwwmansionkids.org. Expressions of sympathy may be left at www.peguesfuneralhome.com.

On Saturday, April 24, 2021 I, Barbara Moreland Hamilton, made my transition to whatever lies beyond. I was born on January 11, 1940 in Beaumont, Texas, To Dewey and Mildred Sorrell Moreland. We eventually moved to Memphis, Tennessee where... View Obituary & Service Information

The family of Barbara Moreland Hamilton created this Life Tributes page to make it easy to share your memories.