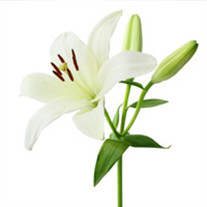 BARBARA H. BACCUS   Tupelo - Barbara Fay Baccus, 68, passed away Wednesday, November 1, 2017, at North Mississippi Medical Center. She was born September 7, 1949, to Lewis and Angie Jank Hughes. In 1968, she married Jerry Baccus. Barbara worked in classified advertising at the Daily Journal for over 38 years until her retirement. She enjoyed traveling, especially the beach in Gulf Shores, Alabama. Barbara enjoyed her road trips with her friends. She was Baptist by faith.   Survivors include her husband of almost 50 years, Jerry Baccus of Tupelo; son, Karl Baccus (Lori) of Bowling Green, Kentucky; sister, Dorothy Hughes of Fayette, Alabama; grandchildren, Chase Baccus and Holly Baccus of Bowling Green, Kentucky.   She was preceded in death by  parents.   Visitation will be from 5 until 8 p.m. Thursday, November 2, 2017, at W. E. Pegues, Tupelo.   Services will be 2 p.m. Friday, November 3, 2017, at the Jefferson Street Chapel of W. E. Pegues. Burial will be in Tupelo Memorial Park.   Expressions of sympathy may be left at www.peguesfuneralhome.com.

The family of Barbara Baccus created this Life Tributes page to make it easy to share your memories.

Send flowers to the Baccus family.