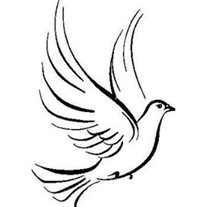 Arlin Hughes   Tupelo - Ellis Arlin Hughes, 90, passed away Thursday, December 15, 2016, at the North Mississippi Medical Center after a short illness. He was born December 5, 1926, in Booneville to William and Alice Butler Hughes. Arlin worked for a number of years with Phillps Farm and Garden Center before starting his own landscaping company. For 35 years he also worked as a Carrier for the Northeast Mississippi Daily Journal. Arlin was married to Jessie Mae Fennell for 55 wonderful years. He was a member of First Jesus Name Church of Mantachie for 46 years and worked hard to help start the church. Arlin was a very active member until he was unable to drive, while at the church he would be called to preach to the congregation on many occasions.   Survivors include his wife, Jessie Mae Hughes; three grandchildren, Emily Mills, Chris Mills, Kyle Mills; one great-grandchild Deston Owens and several nieces and nephews.   He was preceded in death by his parents; one daughter, Lisa Mills; one son-in-law, Rickey Mills; four brothers, Roy Wayne Hughes, Eugene Hughes, L. A. Hughes and Theo Hughes; one sister, Violet Weatherford.   Visitation will be from 1 p.m. until service time Sunday, December 18, 2016, at First Jesus Name Church of Mantachie.   Services will be 2:30 p.m. Sunday, December 18, 2016, at First Jesus Name Church of Mantachie with Rev. Jackie Byrd officiating. Burial will be in Andrew's Chapel Cemetery. W. E. Pegues Funeral Directors is in charge of the arrangements.   Pallbearers will be Tommy Fennell, Cloyce Fennell, Charles Owens, Mark Hughes, Doug Mobley and Robbie Fleming.   Honorary pallbearers will be Wayne Hughes and Charles Joseph.   Expressions of sympathy may be left at www.peguesfuneralhome.com.

The family of Arlin Hughes created this Life Tributes page to make it easy to share your memories.

Send flowers to the Hughes family.