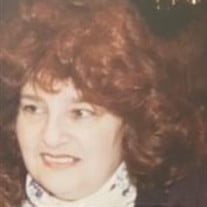 Antonia Almansa Cevdar, 76, died Saturday, October 3, 2020 at North Mississippi Medical Center. A native of Brazil, she was born March 28, 1944 to Gabriel and Carmen Ita Almansa. On April 30, 1966, she married John Cevdar. In 1967, John accepted work in the United States, more specifically, Philadelphia, Pennsylvania. They eventually made their way south and settled in Tupelo. A selfless woman, she always put the needs of her family first and dedicated her life to providing them care and comfort. In the words of her beloved husband, “Antonia was an excellent person, a great wife and a wonderful mother”. She really enjoyed laughing and making jokes. She loved children and considered it a great privilege when friends and family would entrust her with the care of their babies. She enjoyed gardening and was an exceptional cook. She would take jobs outside the home at restaurants just to bake and had even won a baking competition. More than anything else, she truly served the body of Christ. Not only was she a long-time, faithful member of King’s Gate Worship Center, she also served many years in the jail ministry where she was able to share her love of the Lord with many. Survivors include her husband, John Cevdar of Tupelo; daughter, Giselle Sowell and her husband, Grant of Tupelo; son, Douglas Cevdar of Summerville, South Carolina; four grandchildren, Amara Kelly and her husband, Justin of Tupelo, Josiah Sowell of Tupelo, Eileen Cevdar of Summerville and Ezekiel Sowell of Tupelo; and numerous nieces and nephews. She was preceded in death by her parents; two sisters, Maria Moneze and Deloris Camargo; and two brothers, Gabriel Almansa and Francisco Moura Almansa. Visitation will be 1 p.m. until service time Monday, October 5, 2020 at King’s Gate Worship Center. Services honoring her life will be 2 p.m. Monday, October 5, 2020 at King’s Gate Worship Center with Pastor Terry Garrett and Grant Sowell officiating. A private graveside service will be in Tupelo Memorial Park. W.E. Pegues Funeral Directors is in charge of the arrangements. Pallbearers will be Justin Kelly, Josiah Sowell, Ezekiel Sowell, David Lancaster, Randy Alexander, Eric Sanchez and Jeff Feist. Expressions of sympathy may be left at www.peguesfuneralhome.com.

The family of Antonia Almansa Cevdar created this Life Tributes page to make it easy to share your memories.

Send flowers to the Cevdar family.