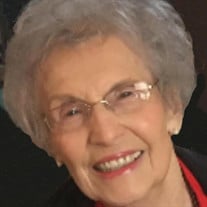 Alma Jo Wood Rayburn Ingram was born to Wylie Bran Wood and Alma Irene Powell Wood on October 24, 1927. She graduated from Pontotoc High School in 1945 with honors. She served as treasurer and was the salutatorian of her of her class. She attended Mississippi College for Women for two years before transferring to the University of Mississippi. She graduated cum laud with distinction and a Bachelor of Music Degree in piano and organ in 1949. She married John Albert Rayburn, Jr. on August 15, 1947. He was attending law school at the University of Mississippi. After receiving her degree, she taught piano and organ in her hometown of Pontotoc. She became pianist and later organist at the First Baptist Church of Pontotoc. She belonged to the Pontotoc music study club, the cosmopolitan club, and two bridge clubs. After her husband, Attorney, John A. Rayburn, Jr. passed away she went back to college and earned her Master’s Degree in Education from Mississippi State University. She began working at Itawamba Junior College in Adult Education and later became the Director of the Adult Basic Education Department. She was honored as teacher of the year by MAPGE in 1987. She retired from Itawamba Community College in 1990 after twenty five years of service. She began making trips to Florida with her lady friends each year and on one such trip she met Jay Ingram from Cincinnati, Ohio. They were married on July 17, 1997 and established a home in Tupelo. They loved being with family and friends, playing bridge and traveling. Alma Jo “Jo Jo” is survived by her son John A. Rayburn, III and her daughter, Marla K. Rayburn Voyles. She is also survived by four grandchildren, Valerie K. Voyles of Tupelo, Christy Voyles Holley (Andy) of Oxford, Leah Rayburn Davis (Brandon) of Ocean Springs and Austin Reed Rayburn of Pontotoc. She is survived by four great grandchildren, Aspen Holley, Zane Holley, Reign Davis, and Olivia Davis and several nieces and nephews. She is also survived by three step-children, Jennifer Thompson (Bruce) of Ohio, Jay Ingram, Jr. (Roxanne) of Ohio, Timothy Ingram of Florida. Mrs. Ingram was predeceased in death by her parents, her first husband Attorney John A. Rayburn, Jr. and her second husband Jay O. Ingram, two brothers, Thomas Lamar Wood and Wylie Bryan Wood, Jr. A service honoring her life will be 2 p.m. Tuesday, September 15, 2020 at the Jefferson Street Chapel of W.E. Pegues with Rev. Rob Gill officiating. Burial will be in Pontotoc City Cemetery. Visitation will be 1 p.m. until service time Tuesday at W.E. Pegues, Tupelo. The service will be recorded and live streamed for those unable to attend. Pallbearers will be Zane Holley, Andy Holley, Tyler Gardner and Ross Brown. Expressions of sympathy may be left at www.peguesfuneralhome.com

Alma Jo Wood Rayburn Ingram was born to Wylie Bran Wood and Alma Irene Powell Wood on October 24, 1927. She graduated from Pontotoc High School in 1945 with honors. She served as treasurer and was the salutatorian of her of her class. She... View Obituary & Service Information

The family of Alma Jo Ingram created this Life Tributes page to make it easy to share your memories.

Send flowers to the Ingram family.